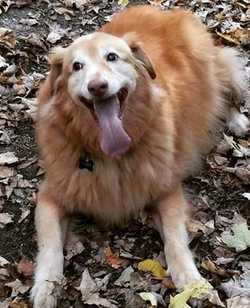 One dog activity that annoys owners is their dog’s seemingly insatiable need to roll in poop. It even appears that they are doing it on purpose at times.

Why Do Dogs Roll in Poop?

It seemed strange to us that an animal would willingly cover itself in another’s feces. However, we must recognize that there must be a purpose for this behavior, as it has been found in all canid species ranging from foxes to wolves.

In fact, practically all foul-smelling organic compounds, including excrement, exhibit this tendency. Our beloved pets still have wild instincts implanted in them, despite the fact that we domesticated dogs 30,000 years ago, which is very recent in the broad scheme of things.

While studies on why dogs roll in excrement have shown no clear results, there are a few intriguing possibilities. A few of them are listed below.

1. There is Something about Pungent Smells that Dogs Love

No, your dog does not enjoy foul smell; rather, they do not perceive them in the same way that you do.

They may perceive several layers of scent within a single overall smell because of their increased sensitivity. Perhaps poop has a seductive fragrance for dogs, and they can’t help themselves but roll in it.

Furthermore, keep in mind that what you consider a pleasant odor may not be so for dogs. Maybe your dog is rolling in poop to get rid of the shampoo smell!

2. To Hide their Own Scent

You must please remember that your cuddly companion is a descendant of savage hunters that make a life by killing. In fact, many modern dogs are still voracious hunters and killers.

Canids, like any carnivorous animal, must approach as near to their prey as possible before attacking to increase their chances of success. Prey animals, on the other hand, have developed to detect predator scents in order to flee without having to see them.

As a result, a hunting dog’s chances of being recognized by its target are reduced by utilizing excrement to hide its natural scent.

It’s also possible that masking their scent with excrement is a protection technique against other predators. Smaller canids, like as foxes, have been recorded rolling in mountain lion feces to dissuade coyotes from attacking them, as the scent of a larger predator makes the potential attacker fearful of their own safety.

It’s possible that your dog’s disguising instinct is still active.

3. To Mark their Territory

Territories are generally marked by dogs urinating in multiple locations around an area. This leaves the individual’s distinct aroma as a warning that the location has been claimed.

Rolling in another dog’s poop is the ultimate act of canine disrespect. This is because a dog who does so is usually attempting to override the scent of the dog who left the excrement behind, so establishing himself as the dominant dog.

While your sweet pooch may appear to be having a good time rolling around in feces, he may be simply calling another animal’s bluff and claiming their territory.

4. To Communicate with their Pack

It’s also possible that dogs employ this strange habit to communicate with their fellow pack members.

By rolling in stinky carrion, the dog, for example, signals to the rest of his pack the scent they need to follow in order to discover the score.

When you look at your dog, this may not make sense, but please remember that dogs have had their instincts for far longer than we have. As a result, if their group nature has not yet left them, the behaviors that come with it are highly unlikely to have faded.

We might be looking for logical scientific explanations for this behavior while, in fact, it could be that your pet is simply bored.

When dogs are left to their own devices, any dog parent is painfully aware of the destructive acts they are capable of. To stay balanced, dogs require regular physical and mental activity.

Canids in the wild are stimulated by other pack members, as well as having roles and tasks. The lives of most companion dogs, on the other hand, are pretty mundane.

This is why any reputable breeder will always urge you to provide enough exercise and amusement for your puppy to avoid them finding for methods to amuse themselves.

It’s simple to provide physical stimulation for your dog; all you have to do is exercise them. On the other side, mental stimulation requires a great degree of innovation. Fortunately, a basic dog toy should be able to assist you in this regard.

Top 3 Tips to Stop Your Dog from Rolling in Poop:

It will take time to teach your dog that rolling in feces is not appropriate behavior, as it may be a deeply rooted urge within them. The key is to be proactive in your approach to reducing that behavior while remaining patient. Consider the following recommendations:

1. Clean Up Your Yard

If there is no poop to roll in to begin with, your dog will not roll in it. This is why it is critical to crate-train your dog so that they only utilize one location to relieve themselves. If they do it outside, make sure you take care of it right away.

Observe your dog, particularly on walks, to try to identify the behaviors they show before they rush off to roll in some poo. With this knowledge, you’ll be able to stop them in their tracks before they act on their impulse.

3. Teach them a Command

This is going to take some time. After you’ve identified the behaviors your dog takes before diving into the stinky pile, catch them with a fast tug of the leash and a command like “Stop!” or “Leave It!”

Then call them to you and offer them a treat. Rep this activity multiple times to let the animal understand that you don’t like it when it rolls around in poop.

Expect them to not stop their bad behavior right away, but with time and patience, they will.

Man’s four-legged best friend has a few odd quirks that may or may not be acceptable. One of these habits is rolling in poop.

The key to any relationship is to understand the other party while also assisting them in changing. Consider putting the tips in this article into practice.

Why Has My Cat Stopped Eating Dry Food But Still Eats Treats?

Can Cats Eat Honeydew? All You Need to Know

Can Cats Overheat? Symptoms and How to React

Dog Eating Cat Poop from the Litter Box? Here’s How to Stop It