9 Foods That Are Not Good For Your Dog 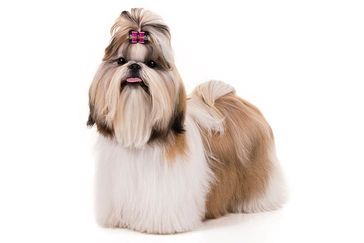 Dogs are indeed amazing you wish you could give them the world in return for their loyalty, maybe showered them with treats and toys as a dog owner, let me give you some advice, it’s crucial to give your fur baby healthy food but it’s even more important to know what human foods you should never feed them. we’ll be talking about nine foods that are toxic to your dog.

it hurts whenever avocados make it on a list of bad foods. They are so delicious and make for a yummy sandwich, but as it turns out this scrumptious fruit is a big no no for your dog. It’s good for your health, thanks to the omega fatty acids, it has to offer but avocados also contain a toxin called person, this toxin doesn’t affect humans but it can wreak havoc on your dog’s lungs and chest. You need to keep your dog away from every part of avocado, the fruit bark leaves and pit, all of them contain the same toxin. If your dog eats it there are high chances fluids will accumulate in its chest in lungs. This fluid accumulation makes it hard for your dog to breathe, causing oxygen deprivation and eventual death. There have been cases where fluids build up in their heart and abdomen, especially the pancreas, the complications arising from this are often fatal. So every time you reach for an avocado, make sure it’s away from your Furbabies reach the pit can also cause a choking hazard.

Who is Kelsey Plum Husband? Everything To Know

The lovely smell of chocolate. It’s not just us we’re addicted to it, if you open a brand new chocolate bar your silly pooch will come running the smell attracts them too and of course sugar is their weakness. So is it okay to feed them chocolate in moderation. Absolutely not. People often get confused over this a part of the reason why is that they’re loaded with sugar but that’s not all, chocolate contains chemicals that are difficult for the dog to metabolize, they can cause diarrhea, stomach pain, and vomiting, and if you aren’t careful enough, it will lead to dehydration. While the severity of side effects will depend on your dog’s size and the amount of chocolate at eight experts say even as little as 20 milligrams per body weight can be dangerous side effects of eating chocolate include internal bleeding heart attacks seizures and death. Unsweetened varieties are even more dangerous for your dog because they contain a higher concentration of cocoa powder. In short, the darker the chocolate, the more toxic it is for your dog.

In short, never feed your dog raisins and grapes, not even a few, they are extremely toxic for dogs and can cause rabbit kidney failure, even a small amount can send your dog to the ER. In fact there has been a study to review 180 reports revelations have been startling, some dogs died, even after they ate just a handful of raisins. It doesn’t matter whether they eat them raw or get them from baked goodies like raisin cookies, both forms are lethal, keep your breakfast cereals away if they contain these two ingredients. If your dog accidentally ate grapes or raisins watch for alarming signs like vomiting fatigue and diarrhea. Excessive thirst and very little pee is a sign of kidney failure, contact your vet immediately.

There’s a reason why we coupled sweet candies chewing gums and toothpaste under one heading, all of them contain a sugary alcohol added to sweeten the taste. It’s safe for us but toxic for dogs eating anything that contains it will cause a significant drop in the dog’s blood sugar all of a sudden you’ll see symptoms within 30 minutes. they include seizures of vomiting weakness and even coma. All of this eventually causes death by damaging the liver. This means you can not use human toothpaste to clean your dog’s teeth, there is a very special dog variety available. And yes keep all processed baked goods away from your dog. Before we move ahead.

Oh how cute would a dog love drinking tea and coffee, and maybe some green tea for their health right, wrong, any beverage that contains a hint of caffeine is off the list of foods to give to your dog’s caffeine overstimulates a dog’s nervous system and causes their heart to be very fast. Within a few hours of drinking tea or coffee your pooch might say symptoms like the lack of bladder control excessive thirst restlessness and vomiting. In case he drank too much caffeine he might face lung failure or an abnormal heart rhythm leading to death.There have been several deaths reported due to caffeine overdose and the minimum amount found is one milligram per kilogram of weight, on average, a cup of coffee contains 40 to 150 milligrams of caffeine.

we all love our dogs and of course none of us would ever think of getting them drunk but alcohol exists and things we wouldn’t realize, try mouthwash perfume paint and cleaning products. Make sure they’re out of your dog’s reach even the slightest amount can be deadly, mild symptoms include vomiting, lack of muscle coordination of core breathing.
But in case your dog has had way too much and will result in seizures lung failure and ultimately death, experts say eight milliliters of 100% alcohol per kilogram is enough to cause death 12 to 24 hours after drinking Yes. So alcohol poisoning in the majority of cases happened by accident one particular incident has horrified everyone, a dog ate a large number of rotten apples and passed away from alcohol poisoning.

Just like alcohol rodgau containing yeast is absolutely off limits for your dog. This is because yeast produces alcohol is they ferment. Now just imagine yeast inside your dog’s stomach. And it isn’t just the increased alcohol in your dog’s blood that raises concern, even the dough will expand inside your furry canines tummy causing severe bloating, your dog will find it difficult to breathe as the expanded doe will put pressure on surrounding organs as well. Make sure Rado is out of your dog’s reach at all times.

do you feed your dog the same food you cook yourself or maybe give into their puppy dog eyes and offer table scraps. You need to stop doing this, it’s causing them harm human food contains salt that isn’t good for dogs eating too much can lead to serious conditions known as salt poisoning, it causes water deprivation in dogs and leads to symptoms like seizures fever tremors and vomiting. Eventually it causes death in severe cases if not checked on time, even four grams of salt is toxic for dogs. This means your popcorn and pretzels are meant for you only. Make sure your dog has fresh drinking water available 24 seven.

There’s another reason why you’re advised to never share your food with a furry friend it might contain onion and garlic, onion contains compounds that are harmful to dogs, they can damage the red blood cells, If they have enough, onions, it will cause anemia, making them feel tired all the time. In severe cases a blood transfusion will be needed to save them. Garlic is even more dangerous than onions, it contains strong compounds that are toxic to dogs, your dog will become anemic and his urine will turn dark red in color, a blood transfusion will be required to save them.