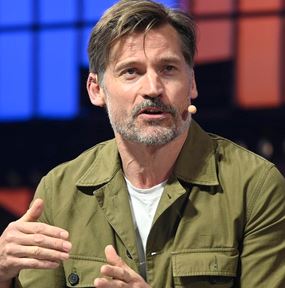 Against The Ice is a true story about how Ejnar was on a mission to disprove the US claim to the northeastern region of the island country of Greenland. At the time, Greenland was split into two separate bodies of land, so the US was able to claim the northeast as their territory. However, Ejnar was eager to find proof that this wasn’t the case and bring Greenland under the control of his native country Denmark.

‘Against The Ice’ release date

Against the Ice gets its worldwide premiere at the Berlin film festival in February 2022. It then has its worldwide release on Netflix on March 2 2022.

Is there a trailer for ‘Against The Ice’?

Yes a trailer for Against The Ice has now been released by Netflix. “When you travel into unknown lands to discover new parts of the globe, it is to ensure the records of your discoveries are delivered back safe and sound,” booms Charles Dance’s character Neergaard as the Danish explorers trudge through the snow and ice. Take a look at the trailer below.

Against The Ice is set in 1909, Nikolaj Coster-Waldau plays Captain Ejnar Mikkelsen, who’s heading up Denmark’s Alabama Expedition. The crew want to disprove the United States’ argument that Greenland is two different islands and stop their claim to North Eastern Greenland. Leaving his ship behind, Mikkelsen treks across the ice with his young, inexperienced crew member Iver Iversen (Joe Cole).

But although they find proof that Greenland is a single island, returning to the ship is much harder than expected. Battling extreme hunger, fatigue and a polar bear attack, they finally arrive to find their ship crushed in the ice and the camp abandoned.  As the days grow longer, their mental hold on reality starts to fade, breeding mistrust and paranoia, can they fight to stay alive?

“Against The Ice is an intense exploration of two men, two opposites, trapped in an epic dangerous setting,’ says Nikolaj Coster-Waldau.

“It’s also a story of living under extreme pressure and circumstances, of constant struggle for survival, fighting off threats of extreme cold, lack of food, hungry polar bears and not least the frailty of the human mind.”