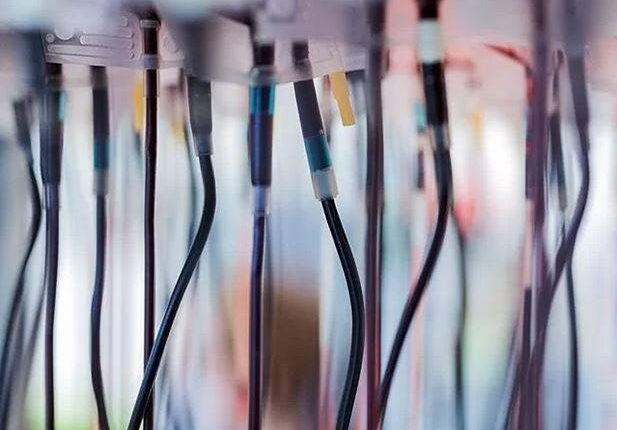 Targeting key components in the blood for AD treatment may help overcome the difficulties of developing drugs that cross the blood-brain barrier.

The amount of beta-amyloid in the blood is high.

Breaking the taboo and how 90’s actresses wearing a…

AD is the most common dementia condition, accounting for 60–80% of dementia cases. About 6 million people in the United States are currently affected by AD, and this number is estimated to increase to 13 million by 2050.

Abnormal accumulation of beta-amyloid protein in plaques in the brain is a key feature of AD.

Single units, or monomers, of beta-amyloid proteins assemble together to form short chains called oligomers, which then form insoluble plaques. Experts believe that these beta-amyloid aggregates are responsible for the brain damage of AD patients.

Beta-amyloidmonomers are produced in the brain and other organs. They are able to cross the blood-brain barrier, moving from the brain to the blood and from the blood to the brain. Beta-amyloid protein is broken down in peripheral organs, including the kidneys and liver, which explains its presence in the blood.

In addition, research shows that beta-amyloid levels in the brain and bloodstream are in sync.

Isolating beta-amyloid proteins in the blood using antibodies that cannot cross the blood-brain barrier can reduce the levels of beta-amyloid deposits in the brain.

Similar to surgically connecting the bloodstream of a wild-type mouse with a transgenic AD mouse model, this technique can reduce the levels of beta-amyloid deposits in the rodent’s brain.

The researchers evaluated whether partial replacement of a transgenic mouse model of AD with blood from wild-type mice could reduce beta-amyloid levels in the mouse model.
Prophylactic Effect

The researchers removed 40-60% of the transgenic mice’s blood during a blood exchange process and replaced it with the blood of healthy wild-type mice.

When the transgenic mice were 3 months old, they were considered mature adults and before the formation of beta-amyloid plaques.

For the next ten months, this blood exchange procedure was performed once a month until the mice were 13 months old or of middle age.

Transgenic mice treated with blood exchange therapy showed fewer plaques and lower plaque burden, a measure of the area of ​​the brain covered by plaques.

At 12.5 months of age, the researchers also examined the effects of blood transfusions of wild-type mice on the memory of the transgenic AD mouse model.

In a similar experiment, researchers continued monthly blood exchanges until the age of 17 months. They used data from rats sacrificed at 13 and 17 months of age to study the rate of plaque growth during this period.

The researchers concluded that blood exchange therapy slowed the rate of plaque growth.
Effects on rats with precancerous plaques

Before the development of beta-amyloid plaques, the researchers performed a blood exchange procedure in 3-month-old mice.

The researchers started monthly blood exchange therapy at 13 months, when the transgenic mice have a tendency to accumulate beta-amyloid in the brain and have memory difficulties.