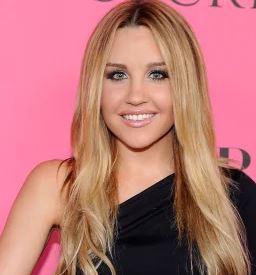 Amanda Bynes is said to have filed a court petition to have her conservatorship lifted after nine years. According to court records acquired by Page Six, the actress has sought California’s Ventura County Superior Court to remove her personal and estate guardianship. The publication also stated that the All That alum filed a capacity declaration earlier this week in order to comply with a California rule that requires all conservatorship cases to provide updated records about the conservatee’s mental and physical health that have been approved by a professional physician, psychologist, or religious healer.

Meanwhile, Bynes’ lawyer, David A. Esquibias, told PEOPLE that the actress wants to terminate her conservatorship because she “believes her health has improved” and the court’s protection is “no longer warranted.” Amanda Bynes was first put in a temporary conservatorship by her mother Lynn after reportedly attempting to set fire to a stranger’s driveway in 2013 as a result of a suspected mental health crisis and a few legal issues. Lynn was granted full conservatorship of her daughter in 2014 and has been a conservator ever since. The legal agreement gave her complete authority over Amanda Bynes’ financial, medical, and personal affairs.

Amanda Bynes came to prominence as a child artist on Nickelodeon’s All That before landing her breakout role in the spin-off series The Amanda Show. She rose to prominence with WB’s What I Like About You and made her feature debut in Big Fat Liar. Despite a great career, Bynes declared an extended break from acting after the release of her 2010 film Easy A. Two years later, in West Hollywood, the actress was charged with DUI (driving under the influence).

She was charged with reckless endangerment and marijuana possession in 2013 after she was caught smoking in the foyer of her Manhattan apartment. After authorities entered her building’s 36th story, Bynes reportedly tossed a bong out the window. Amanda Bynes tried to ignite a fire in a Thousand Oaks driveway the same year, and things went from bad to worse. Following the event, she was arrested and put on a 72-hour mental hold by the Ventura County Sheriff’s Department. After her hospitalization, Bynes’ parents applied for conservatorship, and her mother Lynn was granted interim guardianship of her daughter’s affairs in 2013.

Through a series of disturbing tweets in 2014, the former child star accused her father of sexual abuse. She then retracted her accusations, claiming that her father was not violent and that the “microchip” in her brain led her to say such things. The actress also claimed that her father directed officials to implant a microchip in her. Following the social media incident, Bynes’ mother regained guardianship of her daughter in 2014. The Hairspray star disclosed the same year that she had been diagnosed with bipolar illness. Lynn filed almost three years later to regain complete control of her daughter’s financial transactions and solely sought management of her daughter’s medical and personal issues.

In an interview with Paper magazine in 2018, Amanda Bynes discussed her personal challenges. She also announced that she has been clean for four years and praised her parents for getting her “back on track”:

“I’m really humiliated and embarrassed by what I said. I can’t change the past, but if I could, I would. I’m very sorry to anybody I’ve harmed or lied to, since it honestly eats away at me. It makes me feel awful, sick to my stomach, and unhappy.”

The What a Girl Wants actor also expressed regret for her previous behaviors and apologized for them:

“I’m really humiliated and embarrassed by what I said. I can’t change the past, but if I could, I would. I’m very sorry to anybody I’ve harmed or lied to, since it honestly eats away at me. It makes me feel awful, sick to my stomach, and unhappy.”

According to reports, fresh paperwork was filed in August 2018 to extend Bynes’ conservatorship until August 2020. According to NBC, the actress’s lawyer revealed the same year that she was seeking new treatment for new “mental health difficulties.” Two months later, Bynes turned to social media to proclaim that she was in a “better place” and working on her Fashion Institute of Design and Merchandising degree. Bynes’ conservatorship was extended until 2023, according to fresh reports in September 2021. Attorney Esquibias, on the other hand, rejected the charges and told PEOPLE at the time that the conservatorship was open on a “day to day” basis and would be dissolved once “it is no longer convenient for Amanda.” Variety revealed on February 23, 2022, that Bynes had formally applied to dismiss her conservatorship. Lynn’s lawyer, Tamar Arminak, has said that Lynn supports her daughter’s choice.

It was also said that Amanda Bynes’ parents are “glad, excited, and proud” of their daughter and are “ready to end the conservatorship” due to the hard work she has put in. The case’s next hearing is planned for March 22 in Oxnard, California.