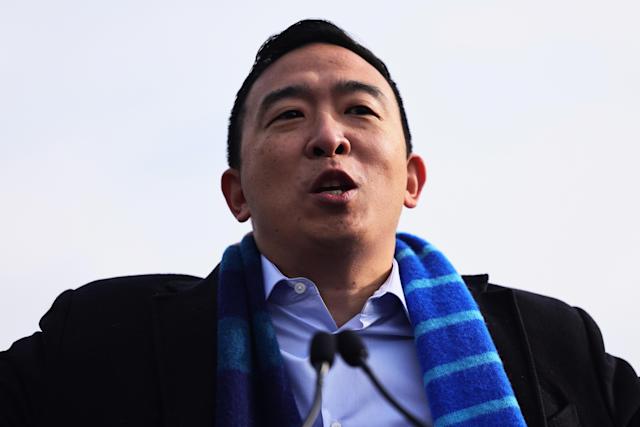 Yang said in a Medium post that he changed his voting registration from “Democrat” to “Independent” on Monday after being a registered Democrat for 20 years.

Yang blasted a “stuck” political system, and polarization that is worse than ever. He called for a combination of open primaries and ranked-choice voting, as practical steps toward improving that system.

“I believe I can reach people who are outside the system more effectively. I feel more … independent,” he wrote. “Also, on a personal level, I’ll admit there has always been something of an odd fit between me and the Democratic Party. I’m not very ideological. I’m practical. Making partisan arguments – particularly expressing what I often see as performative sentiment – is sometimes uncomfortable for me. I often think, ‘Okay, what can we actually do to solve the problem?’ I’m pretty sure there are others who feel the same way I do.”

All About Jeri Lynn Ryan, Her Wiki, Biography, Net…

While he was one of the many Democratic primary contenders, Yang pushed for a political system that is more responsive to those being left behind by technological changes, and for a universal basic income. He wanted the government to give every American $1,000 a month. Yang dropped out of the presidential primaries in February 2020. He also ran for New York City mayor as a Democrat.

“Breaking up with the Democratic Party feels like the right thing to do because I believe I can have a greater impact this way,” Yang wrote Monday. “Am I right? Let’s find out. Together.”