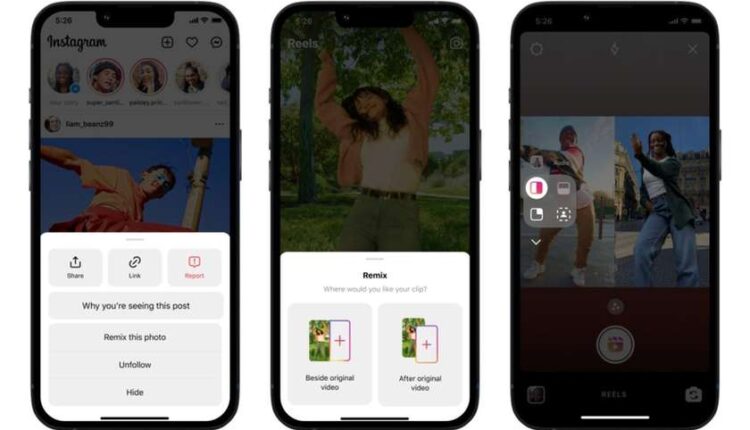 Instagram will soon let anyone on the platform remix your new photos, as long as your account is public. There’ll be a way to turn remixing off, but you’ll have to actively opt out once the option is live — it’ll be enabled by default.

In “the coming weeks,” Instagram says it’ll add the ability to “remix” public photos for use inside of Reels, its TikTok-like video service. The change is meant to provide more content for Reels creators to work with as the company goes all in on short-form video in the hopes of keeping up with its explosively popular competitor.

Remixing will be enabled by default, but Instagram will provide ways to turn it off, according to Devi Narasimhan, a Meta spokesperson. Users will be able to turn off remixing on individual photos or at an account level through the settings menu. Any photos posted prior to the feature going live will have remixing turned off by default, but you’ll be able to turn on remixing for individual posts if you want to.

This is similar to the system Instagram used when it opened up all public videos for remixing in January, only making videos published after the change was made be available for remixing.

Photographers have often been skeptical of Instagram’s handling of their photos, and today’s change — and the lack of options or clarifications around it — likely won’t do the company any favors. Back in 2012, a change to the app’s terms of service sent off a wave of panic that the company would be able to sell users’ photos (it couldn’t), but similar concerns have persisted almost any time its terms of service are changed. More recently, Instagram leader Adam Mosseri declared that Instagram is “no longer a photo sharing app.”

Who Is Anri Okita? Biography, Wiki, Net Worth, Age,…

Remixing could help photographers’ work reach more people — but it could also put their work in contexts they’d rather not see it, so I’d expect a lot of people to flip the remix switch off.

Snap isn’t happy with how much money it’s making

Beyoncé — and her music — is now on TikTok