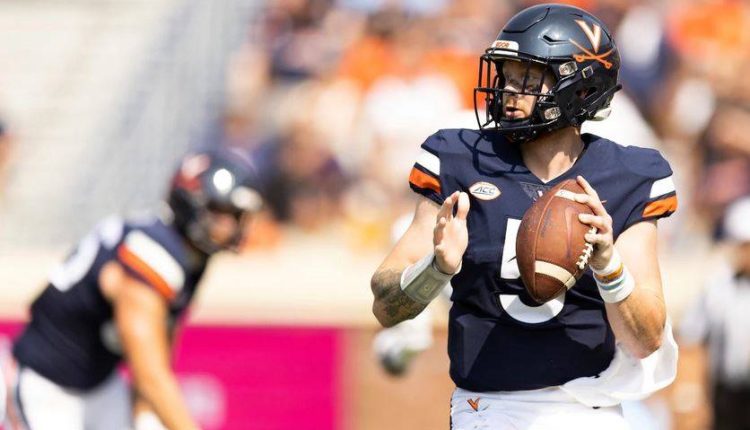 Virginia quarterback Brennan Armstrong led one of the most prolific offenses in college football last season. Tallying over 6,000 total yards and finishing second in the nation in passing yards per game, Armstrong and the Cavaliers appeared primed to build on their record-breaking success. So far this season, Virginia’s offense has yet to regain its explosive nature.

As the Virginia offense has searched for cohesion in the early going, the departure of offensive coordinator Robert Anae and quarterbacks coach Jason Beck continues to loom large. Heading into Friday night’s matchup at the JMA Wireless Dome, their absence could be magnified as they now sport a new shade of orange and blue on the opposing sideline, both coaching in the same roles they had with the Cavaliers.

“It’s an emotional game when you got your old family and you’re in front of them again,” Syracuse head coach Dino Babers said Monday. “I’m sure that there’ll be some hugs and hellos, either before or after the game, either way doesn’t bother me. The game is the game.”

During their time in Charlottesville, Anae and Beck helped engineer some of the best offenses in the program’s history. Only two Virginia quarterbacks have thrown more than 20 touchdown passes in multiple seasons, with all four of those seasons coming during the duo’s tenure.

Everything About Fani Willis, Her Wiki, Biography, Age…

This success reached its pinnacle in 2021. Armstrong set new marks in Virginia history for passing yards, passing touchdowns, completions and total offense in a single season. He also set several Virginia single-game records, including tallying the top three marks for passing yards and the record for total offense generated in one game.

“Coach Beck has been great for me,” Armstrong said at ACC media day in July. “I wouldn’t be in the position I am without him there and the staff that was there.”

Following its record-breaking campaign, Virginia’s offense has fallen back to earth. The Cavaliers (2-1) are averaging 17.7 points, 413.3 total yards and have scored six touchdowns through three games this season. In 2021, the Cavaliers averaged 34.6 points and 515.8 yards with 52 touchdowns.

“He’s trying to make every single play for us because [he] had that freedom last year in the system, and he was confident. Again, he’s a playmaker, whereas here I want him to play within the system and make the required play,” Virginia head coach Tony Elliott said Tuesday. “You could still be Brennan in the pocket and make that throw, having the confidence to still believe that you can make every throw, but just do it within the framework of the other system.”

Contrarily, Syracuse’s offense has taken off with Anae and Beck in the fold. The undefeated Orange (3-0) is averaging 37 points per game, 408.3 yards of total offense and is converting 42.9 percent of third-down opportunities. That’s up from 2021, when the team averaged 24.9 points per game to go with 366.5 yards of offense and a 32.9 percent third-down conversion rate.

Shrader has seen a major jump in production, tallying 709 passing yards, eight touchdown passes, and a completion percentage of 66.2 percent through three games compared to last season when he totaled 1,445 yards, nine touchdowns and a 52.6 percent completion rate in 12 games.

“[Beck] has a very calming effect. Shrader’s a little high-strung. Beck can get after you but that’s not how he’s wired. He’s a little bit different,” Babers said about Beck’s impact on the junior quarterback. “They’re a good fit. They make a good couple.”

Syracuse has shown progression and explosiveness as it grows into its new offensive scheme. Meanwhile, Virginia’s new offense has generated 19 points combined in its last two games. Though there is still time to settle into an offensive rhythm this season, the Cavaliers will have to find their stride quickly to compete with the familiar, lethal Syracuse offense led by Anae and Beck.

US task force recommends anxiety and depression screenings for adults