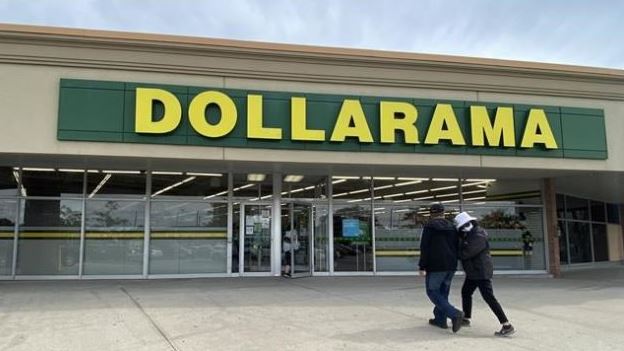 Discount retailer Dollarama Inc. is winning over new customers as Canadian shoppers “trade down” from more expensive stores and gravitate toward the dollar store’s cheaper prices amid inflation.

The retail chain said Friday it’s attracting consumers from “all walks of life” — including higher income households — as the climbing cost of living takes a toll on budgets.

“I do believe that there’s probably some trading down because of the inflationary environment and the pressures on everybody’s wallet,” Dollarama president and CEO Neil Rossy said during a call with analysts on Friday.

“It’s a great opportunity for us to keep some of those customers that might not otherwise have come into our store.”

The company’s solid sales and profit in its recent quarter reflects “particularly strong demand for everyday essentials” and good value, he added.

“We’re in an environment where we’re gaining market share as a result (of inflation),” Towner said, noting that the company’s sales are supported by its expanding network of stores.

The dollar store chain is also seeing its back-to-school and stationery categories performing well in its current quarter, he said.

The Montreal-based company raised its comparable store sales guidance for the year as it reported a second-quarter profit of $193.5 million, up from $146.2 million in the same quarter last year, as sales rose 18.2 per cent.

Total sales for the three-month period totalled $1.22 billion, up from $1.03 billion a year earlier, while comparable store sales, a key metric for retailers, gained 13.2 per cent as the number of transactions rose 20.2 per cent, but the average transaction size fell 5.8 per cent.

Irene Nattel, an analyst with RBC Dominion Securities Inc., said in a report that the results beat the bank’s forecast amid better-than-expected same-store sales.

Dollarama raised its comparable store sales growth assumption for its 2023 financial year to a range of 6.5 to 7.5 per cent compared with earlier expectations for between 4.0 and 5.0 per cent.

Meanwhile, the company is continuing to add more items up to its new top price point of $5.

Dollarama said the higher prices allow it to bring in new products and restock inventory that was pushed out of its store due to inflation.

The $5 items will expand the company’s assortment, with new products expected in seasonal categories, decorations, tableware and other areas of the store.

Looking ahead, Dollarama has been focused on ordering inventory early and is in a strong in-stock position for upcoming sales seasons like Halloween and Christmas, Towner said.

The discount chain is seeing logistics costs “readjusting” as container prices come down from the highs recorded earlier this year, he said.

“We’re seeing some normalization of the supply chain environment,” Towner said. “We’re nowhere close to being back to pre-pandemic levels, but we’re in a better situation than probably six to nine months ago.”\