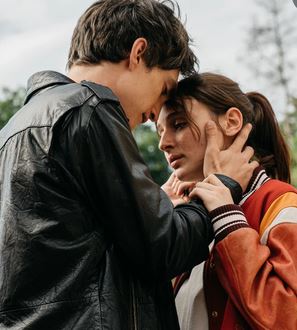 Netflix’s upcoming horror film Don’t Kill Me aka Non Mi Uccidere looks like an ominous fest to feed on. The streaming giant is extravagant with its collection of horror movies in every possible language starting from The Perfection to The Wasteland, most recently. Netflix does not hold back when it comes to offering us content that we will be obsessing over and, this upcoming film looks just one of those addictive pieces of cinema. Ahead of the release of the film, let us have a look at everything that we need to know about the latest release.

The main cast of the film includes Alice Pagani as Mirta, our protagonist and, Rocco Fasano as Robin starring opposite her. Other cast members include Silvia Calderoni, Fabrizio Ferracane, Sergio Albelli, Giacomo Ferrara and, Anita Caprioli. The film is directed and written by Andrea De Sica, with Giacomo Mazzariol and Gianni Romoli also serving as cowriters for the screenplay.

Netflix’s description of the film reads: “After Mirta dies of a drug overdose with her lover, she resuscitates alone and discovers she’s part of a violent world she never knew existed.” The film falls under the genre of teen horror and, is further described by the OTT platform as ominous, dark and scary. The film is based on a book by the cult author Chiara Palazzolo of the same name.

The film is arriving on Netflix on February 21, 2022. The runitme is supposedly a quick 1 hour, 30 minutes. You can check out the trailer for the film below.