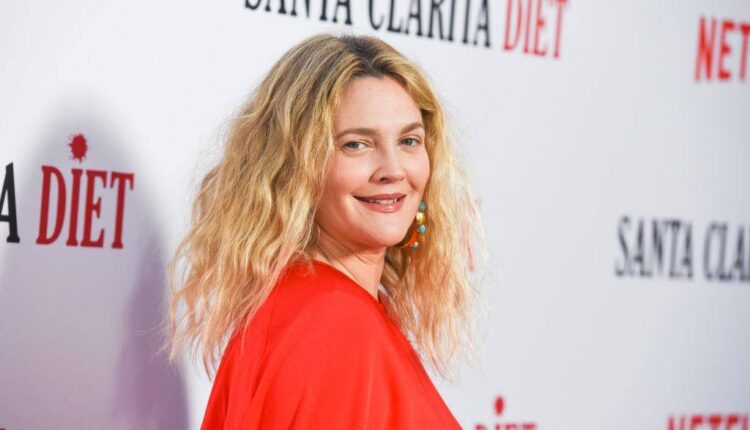 Drew Barrymore is reminding fans that rain is beautiful. In a video posted Sunday, The Drew Barrymore Show” host shared a clip of herself outside smiling and enjoying the rain.

“Whenever you can go out into the rain … do not miss the opportunity!” the 47-year-old actress shouted with glee.

And the internet can’t seem to get enough. Her post has received nearly 500,000 likes on Instagram and over 2 million on TikTok.

“I want to love anything as much as Drew Barrymore loves everything. Perfection,” wrote content creator Michael Brown in a tweet sharing the clip.

“She’s the most full of joy, funny, darling person ever. As you can tell. This is really her,” wrote actress Kristen Johnston.

While the reaction was mostly positive, some criticized the actress for flaunting her wealth and privilege.

“Not having to worry about money seems amazing,” Twitter user @vanthefirst wrote.

But others defended Barrymore by reminding fans that Barrymore endured hardships as a young actress.

“People being rude about this clearly forget how much Drew Barrymore went through as a child star,” Nọ́lá Ọjọ́mú tweeted. “The fact she lives a life filled with soooo much joy makes me smile every time.”

Barrymore rose to fame for her role in “E.T. the Extra-Terrestrial” when she was 7 years old. She later grappled with alcohol and drug addiction, going to rehab at the age of 12 and relapsing at 13 years old.

Barrymore has opened up about her father, actor John Drew Barrymore, being a violent alcoholic, and her mother who struggled with parental responsibility. Her parents divorced when she was 9.

In an 2015 interview, Barrymore told the Guardian that her 14-year-old self imagined having a happy life at the age of 40 despite being consumed by so much negativity.

“I was so scared of not knowing where I was going. I really had a fear that I was going to die at 25,” Barrymore said, adding that even when things got dark, she always had a sense there should be goodness. “I never went all the way into darkness. There were so many things I could have done that would have pushed me over the edge and I just knew not to go there.”

Barrymore went on to have a successful film career, starring in “Charlie’s Angels,” “50 First Dates” and “Scream,” to name a few. Her talk show premiered in 2020. She shares two daughters, Olive, 9, and Frankie, 8, with ex-husband Will Kopelman.

“I try to make my life a playground for them,” Barrymore told USA TODAY in 2020. “They know I’m passionate about work, and work is a wonderful and necessary thing.”

Buccaneers coaches not happy with Leonard Fournette weighing in at roughly 260 pounds, per report