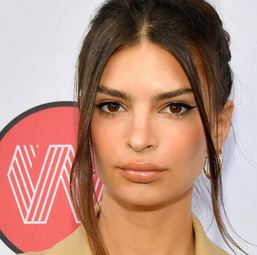 Model and actress Emily Ratajkowski alleged in her new book that she was groped in 2013 by singer Robin Thicke during the filming for the hit song Blurred Lines, according to the Sunday Times of London.

In Ratajkowski’s upcoming book — “My Body,” which is set to be published on November 9 — she claims Thicke grabbed her bare breasts during the filming of the music video.

“Suddenly, out of nowhere, I felt the coolness and foreignness of a stranger’s hands cupping my bare breasts from behind,” she wrote, according to the Times. “I instinctively moved away, looking back at Robin Thicke.”

“He smiled a goofy grin and stumbled backward, his eyes concealed behind his sunglasses. My head turned to the darkness beyond the set.” The model wrote that the director, Diane Martel, yelled out to her, asking “Are you OK?”

Diane Martel directed the video, and corroborated Ratajkowski’s allegations to the Times. “I remember the moment that he grabbed her breasts,” she told the Times. “One in each hand. He was standing behind her as they were both in profile.”

“I pushed my chin forward and shrugged, avoiding eye contact, feeling the heat of humiliation pump through my body,” Ratajkowski wrote. “I didn’t react — not really, not like I should have.”

Martel told the Times the singer had been drinking, and apologized after the incident. She told the newspaper that she had taken measures to make sure women felt comfortable on set.

“Robin sheepishly apologized,” Martel says. “As if he knew it was wrong without understanding how it might have felt for Emily.”

Ratajkowski has not written about the incident before, and says she was reminded of what happened years after when she noticed Thicke had blocked her on Instagram.

The 30-year-old model’s book will feature essays that chronicle moments from Ratajkowski’s life while exploring topics of “feminism, sexuality, and power, of men’s treatment of women and women’s rationalizations for accepting that treatment,” according to a the publisher’s description of the book.

Thicke has not yet publicly responded to Ratajkowski’s allegations. CBS News has reached out to his representatives for comment.

Do Ruby and Jasmine break up in On My Block season 4?