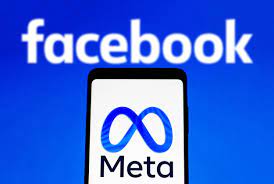 Facebook will allow some users to have multiple profiles as part of a test, the company announced today, signaling a major shift as Meta looks for new ways to encourage users to stay on the platform amid increased competition from rivals.

As part of the test, some Facebook users will have the ability to create up to four additional profiles tied to their original account. The idea is that additional profiles can be used for different purposes, like one for friends, one for co-workers, and others for interacting with interest groups and influencers. Users will still have one account but be able to switch between profiles with a few clicks.

Indian Govt. warns of flaws in the Apple watch, can…

Now you can hide your online WhatsApp status in…

Verizon announces its partnership with Microsoft,…

Profiles will be subject to Facebook’s policies, and violations on one profile will affect the account as a whole, according to spokesperson Leonard Lam.

“To help people tailor their experience based on interests and relationships, we’re testing a way for people to have more than one profile tied to a single Facebook account. Anyone who uses Facebook must continue to follow our rules,” Lam says.

Users who create extra profiles won’t need to use their real identity for their display name, Lam says, as long as the stand-in doesn’t violate the platform’s policies and doesn’t include numbers or special characters. Facebook’s rule that account holders must use the name they use in real life has been a point of contention for years, even prompting legal action in Germany.

Facebook’s shift away from a single profile comes as the platform is fighting to keep users, especially young people, as existential threats like TikTok continue to grow. The company lost daily users for the first time in the company’s history in the fourth quarter of 2021.

The inside story at Meta as it moves beyond Facebook