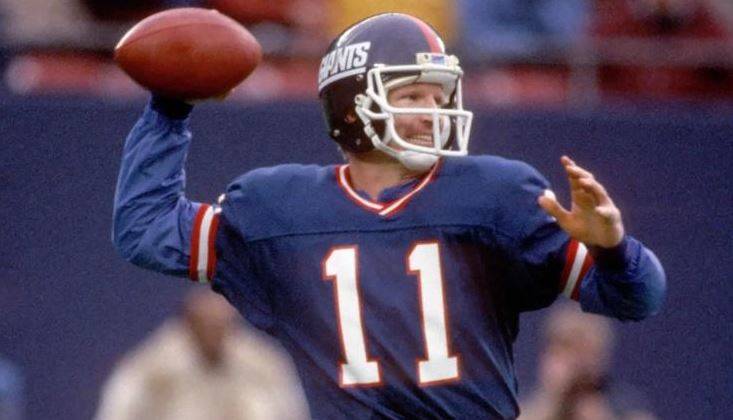 The New York Giants will be going back to their roots during the 2022 season. The club announced on Wednesday that they will be bringing back their classic blue uniforms from the ’80s and ’90s for two “Legacy Games.” The first game will come on Oct. 2 when they host the Chicago Bears in Week 4 and the final game will come in Week 13 when they host the Washington Commanders on Dec. 4. Along with the uniforms, the team notes that these “Legacy Games” will also include throwback MetLife Stadium branding and activations, among other alterations.

The uniforms were worn by the Giants from 1980-1999. They feature a navy helmet, white facemask, solid scarlet red strip down the middle, classic numbers, and “GIANTS” spelled across the side of the helmet. Of course, the blue and red trim on the jerseys and pants will also match the color palette from that era. Inside the collar of the jersey will also quote late owner Wellington Mara: “Once a Giant, Always a Giant.”

“This era obviously still holds a special place in the hearts of Giants fans,” Giants president John Mara said, via the official team website. “Our teams during that time featured legendary players, some of the best in our franchise’s history. And these uniforms remind us of what was accomplished through those years. We are thrilled to wear that uniform again.”

As for the other alterations during these “Legacy Games,” the team notes that MetLife Stadium will be retrofitted with the Super Bowl XXI end zone design and have wall wraps around the field that match the throwback aesthetic

QB Davi Belfort to reclassify in to the 2024 class