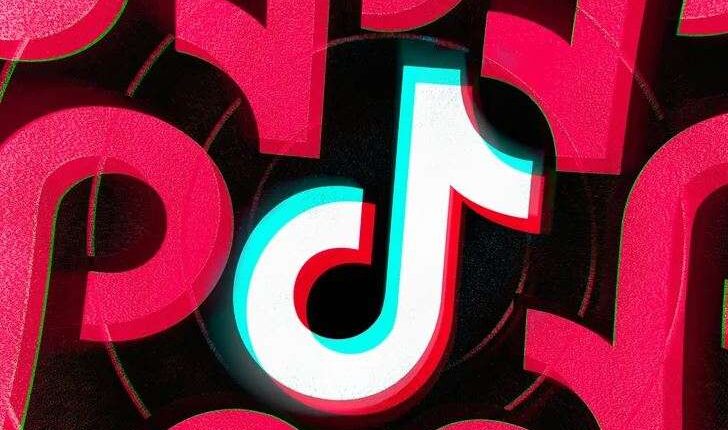 Even a year ago, my For You page was mostly stuff you could only see on TikTok, whether it was Vine refugees making comedy shorts or song memes like Here Comes The Boy. That stuff is still on the platform, but it’s largely fallen off my For You page, replaced by Tim Robinson sketches and funny animal videos. One account reposts Derry Girls clips with captions about the royal family; another (aptly named ViralHog) licenses viral video clips from local news or Reddit threads and then blasts them out to different platforms. Everything has the same warmed-over feel. For many of these accounts, the goal is to churn through enough content to build a following so they can flip the account into advertising mode for a quick buck.

Of course, since it’s mostly content that has already blown up elsewhere, there’s usually something compelling about it. It’s not bad content really, but it’s an ominous sign for the platform. At first, TikTok was exciting because there was culture that could only happen there. Now that on-platform culture is being overwhelmed by viral arbitrage, and the actual content is getting closer to what you see on every other network. As the platform gets bigger, it gets more generic, and there’s less to distinguish it from every other mass-market social network.

I call it the bootleg ratio

This dynamic is larger than just TikTok. After following half a dozen platforms through this shift, I’ve come to see it as a test for platform health in general. I call it the Bootleg Ratio: the delicate balance between A) content created by users specifically for the platform and B) semi-anonymous clout-chasing accounts drafting off the audience. Any platform will have both, but as B starts to overtake A, users will have less and less reason to visit and creators will have less and less reason to post. In short, it’s a sign that the interesting stuff about the platform is starting to die out.

Instagram has been through several cycles of this, so it’s a good example of the Bootleg Ratio at work. Once upon a time, Instagram was the origin point for influencer and hustle culture, setting early norms around sponsored posts and product placement. Not all of it was good culture, but it was something that genuinely did not exist on other platforms, and people were drawn to Instagram to find out what was going on. When people posted their own content, it was shaped by that culture — made using Instagram’s tools and tailored to Instagram’s users.

That culture had ups and downs over the years, but by now, it’s hard to find anything that looks like a unique Instagram aesthetic. Instead, we get something more generic: reposted tweets commenting on social justice issues or generic inspirational quotes. The Bootleg Ratio has tipped toward reposting, and the content that’s specific to Instagram is getting crowded out.

The point isn’t that this is aesthetically or morally bad, but it represents a change in how people relate to the platform. Instead of a space for creation, it’s become a space for distribution. Instead of a chance to say new things, it’s a group of people to talk to, a group that gets larger (and thus more lucrative) whenever your follower count goes up.

This is good for the business in many ways. Ultimately, a social media company lives or dies by advertising, and advertisers are generally paying for the network effects. They’re sharing content from outside the platform (“ads,” we call them) and hoping the network boost helps them reach a new audience. Most of the business metrics (monthly active users, ad impressions) are actively encouraging the ViralHog effect, which is one of the reasons we see this shift so reliably. It’s good for business! But for a user with no stake in the business, the impression is a rising tide of scamminess, leeching away all the interesting things about the platform.

With no network effects, creators were able to cultivate small, specific audiences

There’s a better way to strike this balance. Platforms like Twitter and Reddit have maintained a steady user base and a mostly unique culture for more than 15 years — even if they haven’t seen the same world-eating growth as Facebook and YouTube. There are still a few tweetdeckers trying to milk traffic out of the Twitter network, but for the most part, they’ve moved on to larger networks. What’s left is often depressing and unpleasant, but it’s uniquely Twitter. For people who are into that sort of thing, there’s nowhere else to find it.

There are also social networks that went too far in the other direction: culturally vibrant platforms like Vine or Tumblr that face existential financial problems because they simply can’t make the network effects pay off. These platforms are culturally vibrant for the same reason they struggle financially. With no network effects, creators were able to cultivate small, specific audiences and hone their work without the distorting effect of a viral audience. It’s a great environment for cultivating talent — the equivalent of a band building up a local following before breaking big — until the larger platform economics bring the whole thing down. If the ratio changes and the platform breaks big, those creators will either jump ship or be overwhelmed by the rush of bootleg content. But as long as the platform stays small, they’re free to hone their act and build a following.