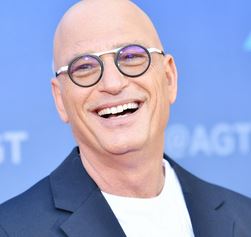 Howie Mandel explains what led to him collapsing, jokes he ‘can’t pass out in a Starbucks privately anymore’

Howie Mandel is speaking out about the incident in which his name was splashed across headlines when he “passed out” inside a Starbucks in Los Angeles, which he claims was due to dehydration.

The “America’s Got Talent” judge, 65, joined his daughter, Jackelyn Schulz, on the “Howie Mandel Does Stuff” podcast and first took comedic umbrage with the fact that he couldn’t “pass out” in peace.

“First of all, what has this world come to where you can’t pass out in a Starbucks privately anymore?” Mandel quipped right out of the gate.

“I was dehydrated. I had a colonoscopy a few days ago,” he explained to Shultz. “They empty you out. You take a drink, and you empty out — I had consensual diarrhea for, you know, an entire night essentially.”

The “Deal or No Deal” presenter claimed that the procedure left him dehydrated, and that he “went and worked from the moment I woke up from the colonoscopy.”

HOWIE MANDEL DISCUSSES HIS OCD AND ANXIETY AND SAYS COMEDY HELPS HIM COPE.

Schulz said she was concerned about her father until her mother gave him the all-clear and laughed off tabloid images of a bald man who looked like Mandel and turned out to be a firefighter going to the scene.

“It’s like they claimed you were a super buff, youthful, bald firefighter – a healthy-looking person. I was thinking to myself, “Well, I’m not too worried because that guy looks good!”” She made a remark on the situation, to which Mandel responded, “I didn’t realize it until you told me! The firefighter with the red arrow is him. He’s sitting up, his sunglasses on, and he’s getting ready to go to the hospital!”

Mandel tweeted on Wednesday that he is “doing ok” after the frightening episode and thanked doctors as well as others who reached out on his behalf.

“I’m back at home and feeling much better. I was dehydrated, and my blood sugar was low “he wrote “I am grateful to the wonderful doctors and nurses who looked after me so well. Thank you to everyone who has reached me, but I am okay!”