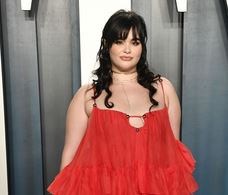 Kat’s Storylines In ‘Euphoria’ Seasons 1 And 2

Kat’s storyline in the first season of Euphoria revolves around her sexual awakening and gaining confidence in herself. After Kat loses her virginity, her sex tape gets leaked online. When she notices comments from men drooling over her, she decides to become a cam girl.

But, as the show goes on, she begins to take back the control, and she starts dressing how she wants and taking less of a beating from those around her. In season 1, she also flirts with her classmate Ethan and begins dating in the series’ final episode.

Unfortunately, in Euphoria Season 2, Kat loses interest in Ethan. She daydreams about other guys and worries why her feelings for such a nice guy have altered.

In episode 6, Kat and Ethan’s relationship ends. Kat tells Ethan she has a terminal brain illness in order to get out of the relationship. Although he understands her intentions, Ethan will not acknowledge it. Kat continues to deny everything, and eventually, Ethan is the one to call it quits.

In the second season of Euphoria, Kat’s story has been somewhat disappointing and perplexing for some fans. “I’m happy for Ethan that he got out of the situation since Kat was being a jerk,” says one Reddit user about the breakup sequence.

“Yeah, they murdered Kats storyline this season,” another fan said. “I think I might dislike her more than Nate at this point(I’m joking)but like what was the point of her breaking up with Ethan like that. It’s seemed so out of character and it’s not justified.”

According to reports, a quarrel between Kat actor Barbie Ferreira and Euphoria director Sam Levinson has resulted in less screen time for the show. However, Ferreira explained Kat’s journey in Euphoria Season 2 in an interview with The Cut.

“Kat’s journey this season is a little more internal and a little mysterious to the audience. She is secretly going through a lot of existential crises,” Ferreira said. “She loses her marbles a little bit — just like everyone else in this season. The theme is everyone’s gone a little crazy.”

Will Kat Regret Her Decision To Break Up With Ethan?

It’s also worth noting that Kat, like the rest of Euphoria Season 2’s characters, is a teenager. It isn’t necessarily negative that she lost interest in a guy as wonderful as Ethan; however, her method of breaking up with him was not appropriate. Kat wasn’t grown-up enough to be honest with Ethan.

“Kat acts like how a lot of people are in general,” a fan wrote on Reddit. “She is trying to manipulate and tries to flip things. When I was younger and less mature I’m sure I tried to find a reason to break up besides the main reason of just not wanting to be with them. I’ve even experienced it myself.”

It’s conceivable that Kat’s path in Euphoria Season 2 will come to an end with her realising just how bad she treated Ethan. That doesn’t necessarily imply they’ll get back together, but hopefully she’ll learn a valuable lesson and her character will continue to develop.