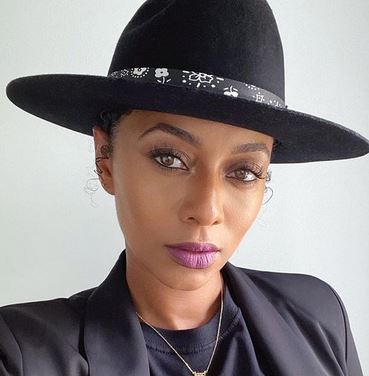 Who is Keri Hilson?

Keri Hilson is a well-known and successful American singer, songwriter, and actress. She is best known for her popular single “Knock You Down,” which received two Grammy nominations for Best New Artist and Best Rap/Sung Collaboration. Keri’s debut album, In a Perfect World, debuted at number four on the Billboard 200 chart in the United States.

She was born on December 5, 1982, in Decatur, Georgia, United States and has All-American ethnicity. She has four sisters Kelly, Kelsee, Kye, and Kaycee and one brother named Kip.

When it comes to her early years, she grew up with her siblings and parents. Her mother runs a daycare center, and her father is a developer for the army. Keri went up to start his musical career from the beginning of her childhood.

Keri began taking piano and later vocal classes when she was 12 years old. In terms of her schooling, she attended Tucker High School before enrolling at Emory University’s Oxford College.

She also received her bachelor’s degree in drama from Emory University.

Keri Hilson debuted as a professional musician in 2009, with the release of her debut album In a Perfect World. It rose to number four on the Billboard 200 chart after its release. The album’s first song, ‘Energy,’ debuted at number 78 on the Billboard Hot 100 in the United States. She worked as a songwriter and background vocalist for Usher, Ludacris, and Britney Spears before releasing her debut album.

Keri’s following single, ‘Knock You Down,’ was a tremendous hit, peaking at number three on the Billboard Hot 100 and first on the Hot R&B/Hip-Hop Songs chart.

‘Turnin Me On,’ the second US single, was similarly a huge commercial success, reaching number 15 on the Billboard Hot 100 and number two on the Hot R&B/Hip-Hop Songs chart.

Keri received four nominations at the 2009 BET Awards as a successful debutante. No Boys Allowed, her second studio album, was released in September 2010. No Boys Allowed also debuted at number 11 on the Billboard 200 chart. In its first week, 102,000 copies of the album were sold.

‘Pretty Girl Rock,’ another single from the album, peaked at number 24 on the Billboard Hot 100 and number four on the Hot R&B/Hip-Hop Songs Chart. It has also received the platinum award.

Keri has also appeared in the romantic comedy film ‘Think Like a Man’, in addition to her singing career. In addition, she starred alongside Vin Diesel in the 2013 film Riddick. Keri has also teamed up with a few of the performers to raise money for charity.

She also became an ambassador for MTV Staying Alive, a campaign that promotes HIV and AIDS awareness and prevention. She also collaborated with Michelle Obama’s Let’s Move! program.

Keri has been successful in every aspect of his musical career thus far. She has won numerous honors since the release of her first album.

Keri has won five honors for her smash track “Herself,” including the BET Award for Best Female R&B Artist, the MOBO Award for Best R&B/Soul Act, and more.

Another track, Knock You Down, won the Soul Train Music Award for Best Collaboration in 2009.

The net worth of this singer and actress is reported to be over $31million. Her annual pay as an actor is also between $20k to $250k.

Similarly, the average annual wage for a musician is roughly $45k.

Keri was once embroiled in a dispute following the release of her music video ‘The Way You Love Me.’ She used very nasty phrases in this video, as well as some incredibly sexy clips.

“You can’t have a song talking about what it’s talking about and not show a little more,” she later stated of her seductive appearance in the video. It’s essentially a love story.” Keri and Beyonce also had a difficult relationship after Keri blasted Beyonce on a leaked tune.