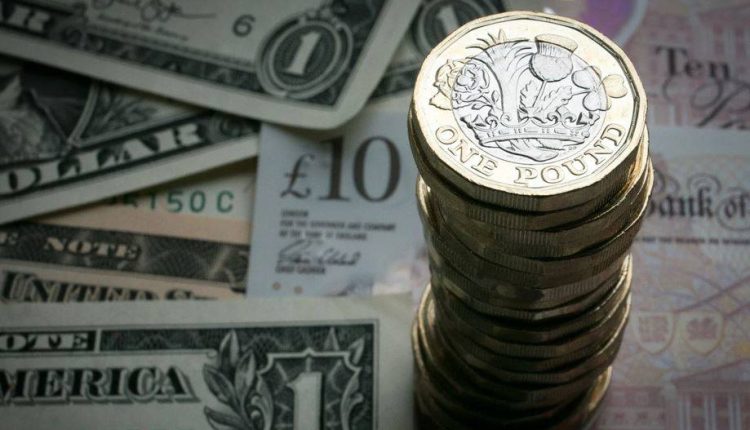 In times like these I’m reminded of Robert Rubin. The former US Treasury Secretary in the Clinton administration was unequivocal that a strong dollar was in the country’s best interests, and the government should be careful not to undermine trust in the currency. The UK’s plan to ignite growth with tax cuts and borrowings has knocked down the pound and sparked fears of capital flight.With a federal budget deficit of more than 3% of gross domestic product, no one would call the US fiscally conservative. But it increasingly looks like the cleanest of the dirty shirts among major economies. That’s reflected in the greenback. The Bloomberg Dollar Index that measures the currency against its major peers rose by the most since March 2020 at one point on Friday, extending its gain since the middle of last year to more than 17%. Other measures put the dollar at its strongest in two decades.

The knee-jerk reaction would be that the currency’s appreciation is hurting exports by making American goods more expensive on the world stage. The Trump administration at times suggested that the dollar was too strong, and a weaker currency would benefit the US by boosting exports and cutting the trade deficit.

Dollarama attracts customers from ‘all walks of…

Such notions lose sight of the true benefits of the dollar being a dependable store of value. The assurance attracts foreign capital, which services America’s budget and trade deficits while keeping a relative lid on borrowing costs. Just last week, the Treasury Department said foreign holdings of US Treasuries and related securities rose by $70.4 billion in July to $7.50 trillion. The amount foreigners own has climbed 50% over the last decade, despite increased borrowing and bigger deficits.

US companies also benefit from faith in the dollar, which can be seen in stock valuations. Although share prices have suffered mightily this year as inflation accelerated and the Federal Reserve raised interest rates, investors are putting a premium on US companies relative to their global counterparts. At about 18.6 times, the MSCI US Index’s price-to-earnings ratio exceeds the 11.1 times of the MSCI All-Country World Index excluding the US. The current gap of 7.5 is wider than the typical 4 to 5 in the years prior to the pandemic, according to data compiled by Bloomberg.

Traders are betting the dollar’s rise is far from over. Bullish positioning among hedge funds and other large speculators is about eight times higher than the average of the past two decades, Commodity Futures Trading Commission data show.

The dollar has been the world’s reserve currency since the US and its allies agreed at the 1944 Bretton Woods conference to peg it to a rate of $35 per ounce of gold. According to the International Monetary Fund, the dollar’s share of global reserves stands at 58.9%, far above the euro at 20.1%. After the euro, there’s a steep drop to No. 3 — Japan’s yen at 5.36%. While the dollar’s share has declined in recent years from about 70%, it’s still comfortably above the lows of around 45% in the early 1990s.

The benefit to holding dollars is that US markets are so much deeper and more liquid than any other. At $23 trillion, the US Treasury market is more than double the size of Japan’s government bond market. And even if you wanted to buy so-called JGBs, you probably couldn’t because the Bank of Japan owns the vast majority, so much so that there’s no JGB trading on some days. As for Europe, the UK, French, Italian and German bond markets are all smaller than $3 trillion.

And while America’s brand of democracy can seem messy at times — especially in recent years — foreign investors take comfort in the country’s adherence to the rule of law that draws capital from all around the world in good times and bad. When global foreign-direct investment flows surged 77% to an estimated $1.65 trillion in 2021, the US experienced an even bigger 114% jump to $323 billion, according to the United Nations Conference on Trade and Development.

All this doesn’t mean that a bad year for financial assets can’t get worse. What it does mean is that the US is likely to be the beneficiary of turmoil in markets elsewhere, as global investors seek refuge in dollars. That will cushion the downside in financial assets. As Rubin said, a strong dollar is always in America’s best interests. More from Bloomberg Opinion:

• Get Ready for the Great British Fire Sale: Chris Hughes

This column does not necessarily reflect the opinion of the editorial board or Bloomberg LP and its owners.