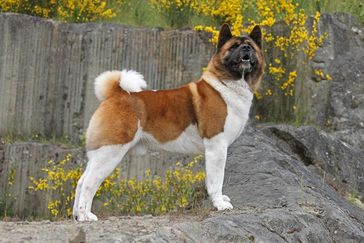 One of the main jobs of the domesticated dog has be to protect its owners and guard against unwanted people or animals. Many modern dogs will instinctual act as home guardians, there are specific breeds that are known for possessing the characteristics needed to best ward off unwanted intruders.

All About Shailene Woodley, Her Wiki, Biography, Net…

Akitas are one of the most loyal dogs bred for guarding royalty and nobility in feudal Japan this courageous and alert dog breed is naturally suspicious towards strangers, Akitas will keep watch over you and your family at all times, Akitas take this task seriously and will typically performance guarding duty with little to no training. This dog will require obedience training, or you can consider guard dog training to sharpen its skills. As with all dogs that will require proper socialization to help prevent unnecessary standoffishness or aggression.

Enough intense and athletic, the Belgian Malinois, is a favorite breed of police and military canine units for its agility, search and rescue abilities and trainability this dog has a high energy level, so this breed appreciates the job to perform this dog must get specialized training and proper socialization, so it can be at ease and new or unfamiliar situations.

This breed is known for its physical strength protection instincts courageousness and extreme family loyalty, if an intruder crosses its path, a bull mastiff will typically use its strength to knock them over, or block their path. The breed is very docile in a family environment, however, and makes a great household pet.

The Cane Corso is an Italian dog breed historically used as a guard dog war dog, and hunter, its large size heavy build and deep toned bark are useful in warding off trespassers. The breed possesses an instinct for guarding its training should focus on obedience and honing of its natural skills.

German Shepherds are bold, confident and fearless, they are extremely intelligent and quick to learn commands, thus making them a favorite police dog breed, German Shepherds have a calm demeanor when in a household that can quickly react when their family or home is threatened.

The nice thing about having Adobe is chances are it will never have to attack anyone. Most people see a Doberman and your property and any thoughts of entering are quickly squashed. If you have a large piece of property that you are trying to protect the Doberman is a great guard dog for you. This breed is incredibly fast and is able to reach an intruder in a short amount of time.

The Presa Canario is a breed with working instincts, it’s naturally dominant with the potential to assert aggression. After all, it was originally used to attack wild dogs and defend livestock, obedient and docile with family members, He is very devoted to his master, but can be suspicious of strangers when alert, his stance is firm and vigilant.

Once used to track lions in Africa. The Rhodesian Ridgeback is now a happy family dog, except for their fierce independent streak and chasing instinct, but their long history of working for humans and protecting homesteads makes them obedient, loyal, and ready to stand up against anyone interfering with their pack.

As naturally protective this breed can be a great guard dog for the family. But remember, Rottweiler will listen, only if he is properly trained. Rottweilers would take action against anything that’s found as a threat to their family, but as an owner, what you need to make sure is your body’s territorial instincts are under control.

Tibetan Mastiff is an ultimate guard dog. No one is getting past this large watchful powerful and intimidating dog. Historically, this Tibetan guard dog was protecting caravans of people and herds in the Himalayas against wolves and snow leopards. Today the Tibetan Mastiff is easy going around family, but tends to distrust strangers and may exhibit territorial behavior with threatened.

10 Of The Most Dangerous Dog Breeds