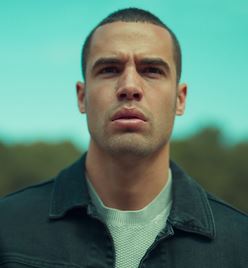 The new season of “Toy Boy” is back with more drama and mystery. The series continues to follow the life of its first season’s protagonist, Hugo Beltrán. “Toy Boy” Season two picks up from where season one ended, with the bomb blast at Inferno and the potential death of Hugo’s lover and lawyer, Triana. The introduction of a new villain in town spices up the mystery all the more. This intimate thriller is all about love, betrayal, and power play. Luckily, the series spares its viewers the torture of watching 13 episodes, each with an hour-long duration. There are eight episodes this time, with a duration of 40–50 mins.

At the very beginning of the series, we learn that Triana is alive. She survived the blast but was severely injured. She started to rethink her life choices as she believed every complication in her life was linked to her relationship with Hugo. She tried to cut ties with Hugo, even though his love for her never died. He silently continued to pay her bills at the clinic and hoped for her recovery. In the meantime, Hugo and Ivan were desperate to learn who blasted the bomb at Inferno. As soon as they knew the type of bomb used for the blast, they knew the area where it was widely used.

Upon questioning an employee about any recent purchases of the bomb and threatening him with his life, they were informed that the Irishmen had bought the bomb. Hugo informed the police, and the Irishmen were arrested. Though the case was not as simple as it was predicted, Gradually, we learn that someone else conducted the blast and blamed it on the Irishmen. Along with the mystery of the Inferno blast, the Medina-Rojas feud continues. Rojas took control of the company, with Andrea as the puppet in the hands of Carmen, the lawyer. The series took a turn when Macarena returned from her spiritual retreat. What followed was a tug of war for power between Macarena and Benigna.

“Toy Boy” Season 2, released after two years, experiments visually. Split-screen is massively used at times for aesthetics and at other times to demonstrate different timelines. This was a refreshing change for the series. “Toy Boy” continues to complicate the plot, at times unnecessarily, with too many backstories and varied motives

Who Was The Turk?

“Toy Boy” Season 2 has a new character named Turk. Though originally Italian, he was infamously called a Turk after he murdered the count with an Ottoman knife to steal an acclaimed painting. The versions of this tale vary. Leonardo/Turk confessed that it was his sister who had murdered the count and not him. Even though it was a secret that was kept hidden. The world believed it was him who had been murdered. Turk was an orphan but grew up to be a gangster. He always knew that he wanted all the luxuries in the world, and he could do anything to achieve it. His sister was his support system, though Turk found it difficult to trust people, and at times, even his sister.

Turk opened a new strip club called One Per Cent. It had the luxury and glamor that were absent from Inferno. The Toy Boys decided to start performing at the new venue as the money was good, and they desperately needed work. When the police arrested the Irishmen, members of the gang turned up at the club. The members were seeking revenge as they were not behind the blast; it was the Turk who had planted the bomb but was framed to blame it on the Irish. Since the information about the explosion was confidential, the Turk tortured the Irishman to name the person who leaked this information. He pointed to David. David was the security manager of Turk, and his betrayal cost him his life.

What further complicated the plot was the relationship between David and Rania, the Turk’s sister. It was Rania who had shared the details of the blast with David, and she knew that her brother would kill her if he found out the truth. Rania took advantage of Ivan and Hugo; with their help, she removed every piece of evidence that pointed to her relationship with David. She knew how dangerous her brother was and that it was only after imprisoning him that she could live her life without any threat.

Macarena wanted revenge on the Rojas, particularly Benigna. She could not forgive her for taking away her family house. She knew how Rojas was manipulating her son and was furious about it. Together with the Turk, Macarena tried to disturb Benigna by poisoning her flowers and even dining at her table in the middle of the night. To impress Macarena all the more, the Turk planted the beheaded boy from David in front of Benigna’s house.

Benigna, threatened by the series of events, sought help from Zapata, who was now a retired police officer. Benigna pretended to end the feud and handed Macarena the key to her house. Macarena was delighted with the progress and success of her plan. Though her happiness was short-lived,

Zapata had kidnapped Rania to extort money from the Turk and, most importantly, blamed Macarena for the kidnapping. The money demanded was the same figure as the cost of Macarena’s house, and upon further investigation, the Turk learned that the kidnap video was sent from Macarena’s location. Just when the Turk was about to punch Macarena in the face, Rania arrived. She confirmed that it was not her who planned the kidnap, but Zapata. She managed to escape by injuring the man who was in charge.

Macarena knew it was Benigna who was behind it all. To get back at her and to seek forgiveness from Macarena, the Turk planted a bomb at the port. After the blast, ancient coins were discovered at the port site, and the construction work came to a halt. With the help of Leo, the Turk, Macarena blackmailed the Minister to halt the construction for as long as they desired. This shook Benigna. She agreed to sell her share to Macarena, but only if the halt was raised on the same day itself.

This condition became a decisive element for Macarena as Leo wanted to restart the construction work after getting married to Macarena. He was aware that she relied on him to control the minister, and he intended for her to receive the share only after their marriage towards a certain power play. Macarena did not get married and instead used evidence that could dismiss the ancient coin theory. This finally brought peace between the two families.

When the Turk blackmailed Hugo, he agreed to plant a bomb at the port. He did it to save his friend from torture. Hugo’s involvement led to his arrest, though before the arrest, he teamed up with Rania to end the Turk. He knew how harmful the Turks were, so they needed to plan tactfully. The revenge for destroying Inferno and ruining the life of his lover was strategically planned. Rania had informed Hugo and Triana about Leo’s arms deal.

The plan was to plant a strand of Leo’s hair inside the truck that would indicate his involvement. Hugo and Triana got on the truck where the arms were kept, but soon after, they were confronted by two Turkmen. As they had surrendered themselves to the armed men, Rania and Ivan came in to save Hugo and Triana. They shot the two men and helped them escape. The Turk was confident that there was no evidence to prove in connection with the truck loaded with weapons. His confidence was shattered when the police stormed into his house and surrounded him and his men. Leo was arrested by the police on an arms trafficking charge.

Ivan was overjoyed by the Turk’s arrest; he believed he could now control One Per Cent. Rania broke his bubble by establishing who really was in charge. Since the Turk always had cameras recording every dirty secret exposed at the club, Dario (Hugo’s friend) asked Rania for help. He wanted the video that showed how the Turk manipulated Hugo to plant the bomb. Rania agreed to help, but only if he promised her an intimate favor. Triana reached the police station and introduced herself as Hugo’s lawyer. She had the video evidence to prove Hugo’s innocence.

Meanwhile, the Turk entered Hugo’s cell with a broken glass bottle to murder him. “Toy Boy” Season 2 ended with another surprise: when Macarena and Andrea were about to enter their house, she was shot. It could be one of Turk’s surprises for leaving him at the altar.

“Toy Boy” has a lot more explaining to do, clearly indicating a renewal for another season, which is “Toy Boy” Season 3. Macarena’s death/injury and the motive behind it, along with how Benigna would deal with Carmen (the lawyer), the content of the hard drive that Carmen dearly protected, and the Turk-Rania story, can be explored in the next season. In “Toy Boy,” nothing is as it seems. There is a whole lot of confusion and intermingling motives that will keep you guessing and confused by the end of it all.