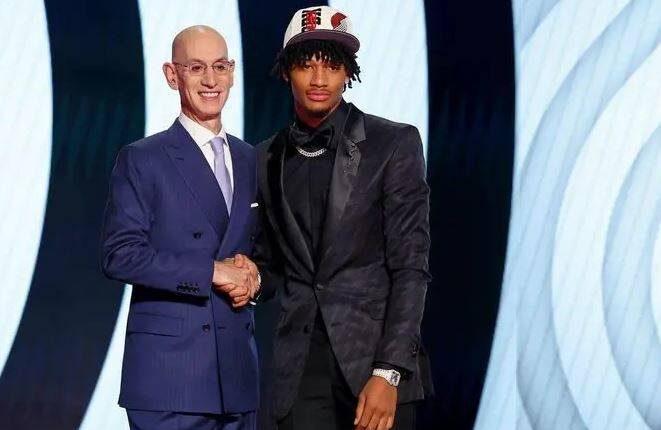 The Portland Trail Blazers rookie sustained a labrum tear of his left shoulder during his Summer League debut on July 8. The Blazers announced Wednesday that the injury won’t require surgery while classifying the tear as “small.” He’ll instead rehabilitate the injury, and the team expects him to be ready for training camp in the fall.

Portland selected Sharpe with the No. 7 picks out of Kentucky in June’s draft. Once rated as the No. 1 prospect in his high school class, Sharpe didn’t play a minute at Kentucky, making him perhaps the biggest wild card in the draft.

Why he didn’t play isn’t entirely clear. Sharpe reclassified and enrolled at UK for the second semester in 2022. Head coach John Calipari announced in February that Sharpe was sitting out the season in anticipation of leading the team in 2022-23.

Sharpe instead declared for the draft, where he became a lottery pick. He told reporters at a pre-draft news conference that it was his decision to sit.

Everything You Need To Know About Actress Kate Marley

Everything About Katya Clover, Her Biography, Wiki,…

“My thought process as an athlete, as a basketball player, was really just getting better,” Sharpe said. “So I was just in the gym every day, working out. Really for me, whatever happened, I’d be ready for it.”

The Blazers drafted Sharpe hoping he can team up with Damian Lillard in the backcourt to help elevate the team into championship contention. A 6-foot-6 guard with explosive athleticism, he has the upside of a top-end NBA scorer. His shoulder injury was a disappointing setback, but Wednesday’s news should serve as relief in Portland.

Will Shaedon Sharpe develop into a top-end scorer alongside Damian Lillard? (Brad Penner/Reuters)

‘Whenever the time comes, I’ll be ready’

LeBron James. “I don’t give a fuc… what nobody thinks”