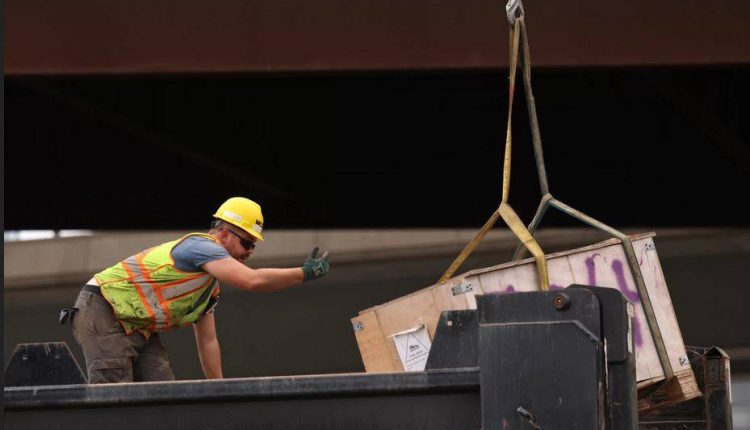 The unemployment rate rose to 3.7%, two-tenths of a percentage point higher than expectations. as more workers rejoined the labor force, the Bureau of Labor Statistics reported Friday.

The economy added 315,000 jobs for the month, just below the Dow Jones estimate of 318,000. The unemployment rate rose to 3.7%, two-tenths of a percentage point higher than expectations.

Wages continued to rise, though slightly less than expectations. Average hourly earnings increased 0.3% for the month and 5.2% from a year ago, both 0.1 percentage points below estimates.

Nevertheless, the numbers still pose a quandary for a Federal Reserve trying to get inflation under control.

Those payroll and wage gains came amid soaring inflation and concerns over a slowing economy that posted negative GDP numbers in the first two quarters of the year, generally considered a telltale sign of recession.

Inflation is running near its fastest pace in more than 40 years as a combination of a supply-demand imbalance, massive stimulus from the Fed and Congress and the war in Ukraine has sent the cost of living soaring.

The Fed has been battling the inflation problem with a series of interest rate hikes totaling 2.25% that are expected to continue into next year. In recent days, leading central bank figures have warned that they have no intention on backing off their policy tightening measures and expect that even when they stop hiking, rates will stay elevated “for some time.”

One key channel the Fed is looking for policy impact is the jobs market. In addition to robust hiring, job openings are outnumbering available workers by a nearly 2-to1 margin, pressuring wages and creating a feedback loop that is sending prices higher for not only gas and groceries but also shelter costs and a variety of other expenses.