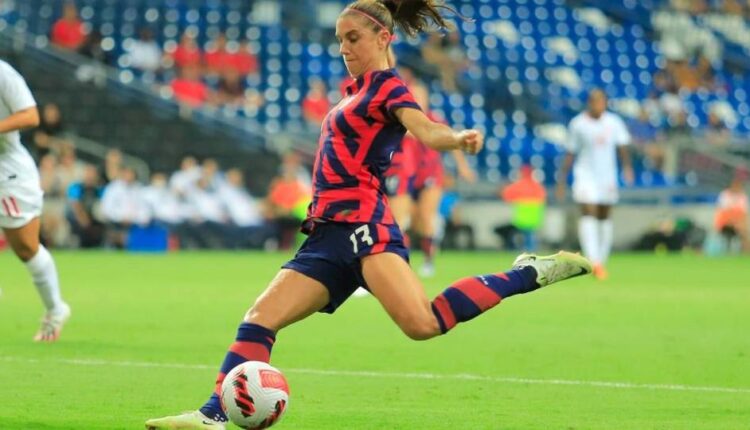 The United States women’s national team defeated Canada in the Concacaf W Championship final 1-0 on Monday night in Monterrey, Mexico. Alex Morgan scored the lone goal for the team, a perfectly converted penalty kick in the 78th minute. Morgan sent a ball through to Rose Lavelle on a run into the box, and Allysha Chapman clipped her for a penalty kick that was confirmed by VAR. Morgan did the rest, sending the goalkeeper the other way with a low finish.

The USWNT’s win against Canada earns the champions a spot in the 2024 Olympic Games in Paris and a place in the 2024 W Gold Cup. The victory is also the ninth Concacaf title for the US and third consecutive.

Head coach Vlatko Andonovski continued player rotation throughout this tournament and up to the championship final, although for the final he made only two adjustments from the semifinal against Costa Rica. The match also featured five players who started against Canada during last summer’s Olympics semifinal, which Canada won.

This time around, the US were the more creative team in attack, recording 17 shots to Canada’s 11. The Americans were sharper throughout and were unlucky not to score before the penalty kick. Canada had some chances to draw level, but Alyssa Naeher was up for the task in goal, coming up with the routine saves needed to secure the result and the trophy.

US Soccer recently announced that the USWNT will play a pair of friendlies against Nigeria in Kansas City and Washington DC in September. Ahead of the international friendlies, the majority of players on the United States roster will have a break before returning to play in the National Women’s Soccer League. The league is also taking a break in play this week and will return to play on July 29.

Paramount+ is the only place to stream every minute of every match in the Concacaf W Championship. You can quickly and easily sign up for your very own account right now with a free one-month trial (from June 27-July 19) by using GLORY as your offer code. Just click on the “try it free” button and use the promo code for instant access to the best women’s soccer — NWSL, FA Women’s Super League, UEFA Women’s World Cup qualifiers and AFC Women’s Asian Cup — across all your devices.