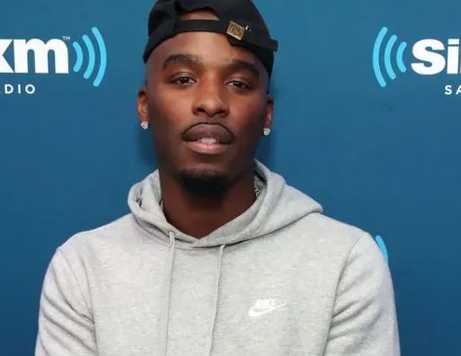 What is the Hitman Holla ‘video’?

In December 2021, Gerald Fulton Jr., better known by his stage moniker Hitman Holla, made headlines after a video of him went viral.

The video was allegedly shared online by one of his “close pals” who screen recorded it from his private story.

What is the Hitman Holla ‘video’?

A video of Holla, 33, and his girlfriend started appearing on the internet on December 15, 2021.

The video, which was posted a month ago, is said to be x-rated.

As news of the video spread, Holla turned to Twitter to issue a statement, claiming that his girlfriend Cinnamon was completely aware of it.

“Once upon a time, n****s caught me slipping. So, what’s the point? I just have one thing to say about cinnamon in my friend. She was aware with every female I had in the room (30 of them) “Holla wrote a post.

“She green light anything I post like let’s not act dumb,” the rapper continued. “Somebody screen recorded my close friends November 5th (our anniversary) that’s [when] I posted them videos.

“Not tripping I knew the risk.. [people] wasn’t solid it’s all good.. What works in me and Cinnamon relationship might not work for y’all and that’s ok but what y’all do w/yall partner nun of my business but understand ima do me enjoy y’all day.”

The video has since been removed by Twitter, stating that it violates their rule.

What did fans say about the video?

Many fans have since taken to Twitter to talk about Holla’s video, stating that they are shocked and confused.

“Hitman holla too weird for posting that lmao. Like what in the clout chase?” one user tweeted.

“Why tha hell would @HitmanHolla post those videos and how’d they still get leaked from his close friends,” another asked.

A third person wrote: “Did I like the hitman holla video yes I did, but I think this was intentional. Him and Cinn always overshared.”

Who is Hitman Holla’s girlfriend?

Holla is currently in a relationship with Cinnamon, who is famously known as an influencer and entrepreneur.

Outside of social media, she is also known as the owner of the cooking business Cinny’s Food.

In October 2021, Cinnamon made headlines after she was shot in the face during a home invasion.

At the time, she was on FaceTime with the Wild ‘N Out star.

“Imagine being on FaceTime while ya girl while being outta town & shes telling u it’s ppl in the house at 1 in the morning so coaching her on what to do 1000 miles away,” Holla wrote on Instagram at the time.

“She showed courage & let off shots defending her home.

“I’m so proud of how she was so brave… I can’t stop crying man plz send positive energy our way I need it y’all I really really need it I’ve never felt this kinda pain this message was for my fans family and friends all at once plz help us get through this.”

Despite a bullet going through her cheek and out the back of her head, she is expected to make a full recovery, telling fans on October 12 that “It’s going to be a long journey but I’m ready for it.”