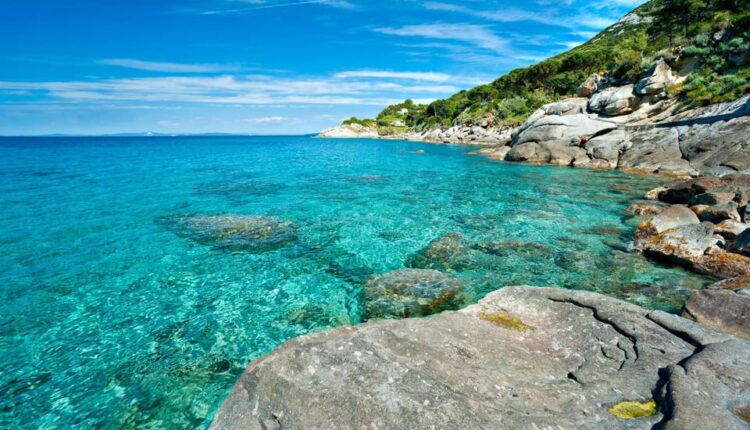 Where are the most beautiful free beaches in Italy?

With almost 8,000 km of coastline, Italian beachgoers are spoiled for choice. From the dramatic cliffs of the Amalfi Coast to the expanses of golden sand along the Adriatic Sea, the country has something for everyone.

But concerns are growing about how much of the coastline is taken up by private beach clubs, leaving little to go on for free.

If you don’t feel like searching for a sun lounger and umbrella every day of your holiday, here are the best free beaches in Italy.

Breaking the taboo and how 90’s actresses wearing a bikini…

Why are so many of Italy’s beaches private?

More than half of Italy’s coastline is managed by private beach clubs or resorts. The state rents out the beaches to this one bagni, who set up long rows of sun loungers and umbrellas and offer services such as bars, restaurants, showers and bathrooms.

Renting a spot on the beach for a day can often cost up to €30 before buying food or drinks.

In some parts of Italy, the percentage of private beaches is much higher. For example, in the Tuscan coastal town of Forte dei Marmi, 94% of the beach is colonized by private clubs, while in Gatteo a Mare on the Adriatic Sea, 100% of the beaches are rented to bagni.

In recent decades, the privatization of the Italian coastline has increased. Since 2018, private beach concessions have increased by 12.5%.

These private beach resorts normally claim the top spots on the Italian coast, with free beaches in much less desirable locations.

Legambiente, the Italian environmental association, recently conducted a survey of the country’s beaches. “In many cities, the only areas that are not privatized are near estuaries, ditches and drains, meaning you can sunbathe, but swimming is prohibited,” the report said.

Where are the best free beaches in Italy?

With so much of Italy’s coastline at a price, it’s not easy to find good quality beaches for free. Puglia and Sardinia have rules that require 60% of the beaches to be freely accessible. But many other regions do not have a specific quota.

However, if you know where to look, you can find pristine sands, breathtaking cliffs and crystal clear waters.

Located in the municipality of Porto Cesareo at the southern tip of Puglia, this beach rivals that of the Caribbean. With fine sand and clear water, it is a postcard beach at no cost.

Located on the coast of Baunei, this beach can be reached by a footpath or by hopping on one of the boats that bring beachgoers from the ports of Cala Gonone, Arbatax and S. Maria Navarrese. However, the effort to get there is worth it, as white sand and crystal clear water await you.

This lovely beach is located in the Vendicari Nature Reserve, in eastern Sicily, between the popular tourist destinations of Noto and Marzamemi. It can be reached by following an easy hiking trail, about a kilometer long.

This beach is considered one of the most spectacular on the Cilento coast. Accessible by a footpath or from the sea, it is known for its golden sands and turquoise waters. The small bay is protected by the steep cliffs of the southern slope of Capo Palinuro.

The name means “beach of the two sisters” and comes from the two imposing rock formations that rise from the sea. It is accessible by boat departing from Numana harbour.

If you visit the picturesque island of Elba, make sure to spend a day on this beach of fine, golden sand. It is sheltered by a wild cape, the Punta Fetovaia, covered with Mediterranean scrub.

Breaking the taboo and how 90’s actresses wearing a bikini…