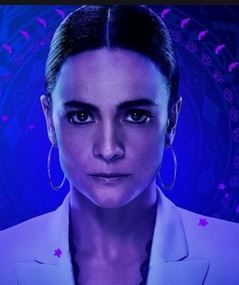 We’re still patiently and impatiently waiting for Queen of the South season 5 to land on Netflix, but we can rest assured that season 5 is coming to Netflix in the March 9th 2022. However, it’s still nerve-racking to have to wait so long when the season 5 finale aired two months ago.

If you’re not familiar with the crime drama television series, it’s an adaptation of the telenovela La Reina del Sur and was developed byM. A. Fortin and Joshua John Miller. The TV series stars some actors that you probably know, like leading lady Alice Braga, Ozark‘s Verónica Falcón, Superstore‘s Justina Machado, Hemky Madera and Peter Gadiot.

Queen of the South has received mixed to positive reviews from critics but hasn’t gone over 1.4 million viewers over its series run. However, the television series still managed to remain on air. I guess you could say the TV show’s fanbase kept this series afloat.

All About Ondreaz Lopez, His Wiki, Biography, Net…

You can currently watch season 5 of the drama series on Amazon Video. Amazon gives you the option to buy episodes individually at $2.99 each in HD format, or you can buy the whole season for $19.99 in HD format. If you don’t mind watching the series in standard definition format, you can purchase individual episodes at $1.99 each or the entire season 5 at $14.99.

It’s up to you if you want to purchase Queen of the South season 5 early or wait until it releases on Netflix on March 9th 2022.

Did Cassie and McKay break up for good? What’s next for Cassie?