Why is My Dog Licking the Air? 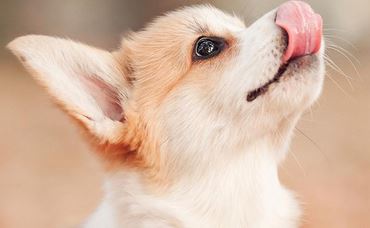 Dogs use body language to express what they want or how they feel. Some acts may appear insignificant to us, but that is not always the case. The majority of the time, dogs have a motive for their actions. If you see your dog licking the air, he’s probably attempting to tell you something’s wrong. It can even be something that needs a trip to the veterinarian. Here are some of the reasons why your dog may lick the air.

When your dog licks the air, it’s usually a sign that he’s nervous or stressed. The task at hand is to discover out what’s making him feel nervous. Loud noises from outside example, thunder, fireworks, construction, motorcycles, a neighborhood gathering), a new pet in the house, guests in the house during a party, renovations, or a relocation into a new home are all factors that might induce anxiety in dogs.

All about Wet Kelly, Her Wiki, Biography, Net Worth,…

Stress, irritation, boredom, or the desire for attention can all lead to repetitive behavior in dogs. Air licking, barking, chewing, tail chasing, spinning, light chasing, sucking on toys, staring into space, and biting at phantom flies are all behaviors that could indicate something is wrong.

Excessive licking of surfaces, especially the air, can indicate a gastrointestinal problem. It’s possible that your dog ate something that irritated his stomach and made him feel sick. Some dogs lick the air instead of their lips before vomiting. Excessive licking of the air or other surfaces could indicate a more serious disease, such as seizures, irritable bowel syndrome, intestinal blockage, pancreatitis, esophagitis (esophageal inflammation), or giardiasis (an intestinal infection caused by a parasite).

For some dogs, air licking is a subtle sign of boredom. When a bored dog is left alone in the house, he will usually find his own entertainment, which is often harmful to the owner’s personal items.

Picking Up a Strong Scent

Pheromone molecules that a dog or cat picks up enter the Jacobson’s organ and are then sent to the brain. In response to particular aromas, cats’ mouths open and their lips curve. When dogs detect a fascinating odor, they become more subdued and may appear to be licking the air.

Dogs with itchy skin will usually lick their paws frequently, but if they have been disciplined for licking their paws or other parts of their body, they may shift to licking the air.

Obstruction in the Mouth

Toys, sticks, balls, remote controls, furniture, and anything else they can get their teeth into are all popular chewing items for dogs. It’s pretty uncommon for kids to have anything stuck between their teeth or in their mouth. If your pet is licking the air, ensure sure there isn’t anything blocking his or her mouth. If he has a loose tooth or other dental problems that are causing him pain, he may be licking the air.

Dogs can develop canine dysfunction, which is similar to Alzheimer’s disease in humans, when they get older. Air licking and other repetitive activities are red flags to look out for. Medication can help control canine cognitive dysfunction, but it’s also crucial to feed him a good dog food, play with him on a regular basis, and take him for walks.

Do Cats Also Lick the Air?

When cats are petted, they have a habit of licking the air or themselves. This could indicate that your cat is suffering from itchy skin due to allergies or fleas. Feline hyperesthesia syndrome causes the skin to become very sensitive to touch, and a cat may lick the air, bite, or scratch the person petting them because it hurts or bothers them.

It’s not always a sign that something is amiss if you notice your dog or cat licking the air. Whether your pet is constantly licking the air, arrange an appointment with your veterinarian to see if there is a medical explanation.

Also read about: How to Care for Your Pregnant Dog

When Should You Worry If a Dog Is Licking the Air?

If your dog licks the air obsessively for long periods of time, you should consult your veterinarian because there could be a medical or behavioral reason for this.

Prepare to tell your veterinarian about your dog’s daily activity, mental stimulation, and social interaction, as well as any training or tactics you’ve attempted to halt the licking. Medication, environmental changes, reduced stress, and certain types of training are frequently used to treat compulsive licking.

Similarly, if your dog chews at the air or licks at the air with twitches in their face or body, record the activity. Make an appointment with your veterinarian as soon as possible to discuss the potential that the air-licking behavior is caused by focal seizures.

If your veterinarian concludes that your dog is licking at the air as part of a seizure, they will either start him on anti-seizure medication or refer him to a veterinary neurologist for further testing.

Also read about: Benefits of Apple Cider Vinegar for Dogs

What Happens if My Dog Eats Sand?